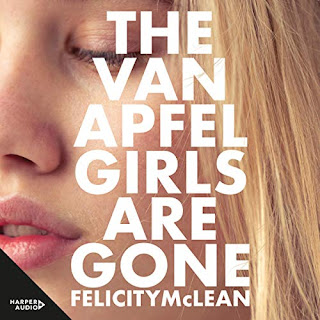 When I first started reading this novel I thought I'd love it - the writing was beautiful and I was intrigued by the mystery of these three sisters who had gone missing in 1992. The effect of the descriptive, nostalgic prose was alluring and captured the essence of troubled adolescence over an Australian summer. However the effect was also hazy - the girls and that time were romanticised to the point of feeling unreal and so also hard to get attached to, even when darker plot points were introduced.

At times I loved the turns of phrase to describe what it was to be in this group of sisters and friends, at others I struggled to find meaning in what was being written. I'm also not a big lover of detailed descriptions of nature in books and here it's ever-present, with different plants and smells described, often alongside detailed notes on how a character moves from one space to another, and these descriptions made the novel move so slowly and again limited my investment in the characters themselves.

The book ends up being less about the mystery and more about the impact on the friend that was left behind, and how as an adult she still has her life on hold with a sense of longing. That angle, with more depth, could have been really interesting. Instead it still felt superficial and so I felt frustrated to be left without a conclusive ending to the mystery. That may be more in line with real life but it ultimately felt dissatisfying.

Go into reading this novel with expectations of an evocative atmosphere rather than hoping for answers. There were moments when it really worked, but for the most part this didn't have a strong impact on me.

Thanks to the publisher for an ARC via NetGalley.