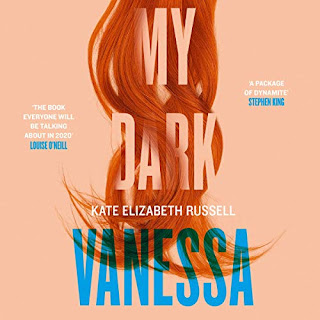 
This book blew me away. A warning though - it's a tough read (TWs: sexual abuse, rape, grooming, gaslighting) in that it's graphic but also as you really feel the heaviness of what's occurring through the writing.

The book tells Vanessa's story - flitting between her aged 15 when she is groomed and abused by her 42-year-old teacher, and her aged 32 as another ex-student makes an allegation of abuse, asking her to come forward too. It highlights how difficult it can be for someone like Vanessa to identify with the label of abuse, or to see herself as a victim or survivor, when she has lived through, and been manipulated into, an illusion of consent and power, and the alluring feeling of being special when you otherwise feel so alone ("I just really need it to be a love story... Because if it isn’t a love story, then what is it?")

The way complex trauma is depicted is spot-on - even when she is cognitively telling herself the situation is what she wants, her body tells a different story. We frequently see her dissociate - with her mind instinctively removing itself from the physicality of the situation, surviving through a sense of detachment. Seeing her in the present day also does a lot for explaining the long-lasting impact of this kind of abuse.

I liked too that the narrative challenges the complicity of cultures that allow this abuse to happen, with how abuse is so often brushed under the carpet by families - too heavy to handle, or institutions who allow predators to stay in positions of power for the sake of reputation (or further gaslighting of teenage girls as emotionally disturbed or manipulative).

Some reviews comment that the book is too long but I disagree. I think it's the perfect length to do justice to this story and subject matter. Perhaps it's another inclination to turn away, to not look too long at what it means to endure, and have your life derailed by, abuse.

That said, it won't be one that everyone can stomach and that I understand. Proceed with caution and with self-care.

The fact that this is the author's first novel is remarkable, and that she spent nearly two decades writing it shows. I only wish she hadn't been faced with allegations that this wasn't her story to tell, with her feeling forced into revealing her personal connection with the story. The #ownvoices movement is important but how can anyone make this assumption? It feels typical to have a woman accused like this and dismissed. I guess it just shows how common experiences like this are, which is just awful.

I know this book will stay with me for a long time and feel gratitude to the author for sharing this incredibly important story in such a brilliant way.