April 07, 2016
I don't tend to write about TV or film but there are a few things I wanted to recommend and talk about a little, so here goes! 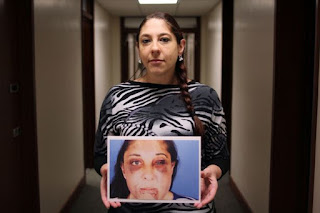 Behind Closed Doors aired on the BBC last month and was a shocking insight into domestic abuse, following the stories of three women over a year. This was a really difficult watch. Obviously I knew the situation was awful but seeing this footage was something else, and I found myself in floods of tears. I was also taken aback by the criminal justice system in dealing with these situations - it's just ridiculous. Though it was hard to watch it was really worthwhile and I would urge you to watch it if you can. It's on iPlayer until 14th April (1am). 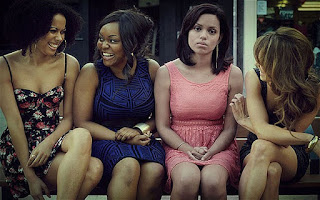 Also on this issue (though watched a few weeks later), I watched the BBC one-off drama Murdered by my Boyfriend which originally aired in 2014. The story follows a 17-year old girl who meets someone and falls in love. Early on things don't seem healthy, and we watch the situation escalate over the following years until the conclusion of the title. And again, even though you know the premise and the ending going in - this was still a shocking watch. Simply done, well performed and definitely worth seeing. On iPlayer until 19th April (4pm). 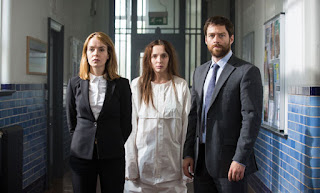 Keeping with dark subject matters but definitely an easier watch was Thirteen, one of the first series to be produced by BBC Three and only available via iPlayer. This mystery drama begins with a girl's escape from the captor who abducted her 13 years previous, when she was 13 years old. The police investigation into this increasingly odd situation is shown alongside protagonist Ivy Moxam's reactions to the changed world around her, settling back into family life. Thirteen was a really intriguing, enjoyable watch - even if it didn't quite pan out how I'd expected with a slightly disappointing ending. Currently on iPlayer until August.

And to lighten the mood a little, this was originally on telly but obviously I just watched on YouTube - here's Jennifer Lopez's Carpool Karaoke, because I always love these but also it's made me remember JLo exists. What a babe. 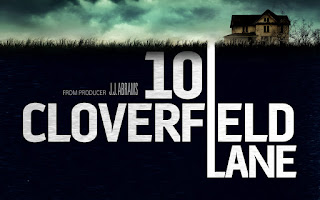 I went into 10 Cloverfield Lane knowing nothing about the plot and I'm so glad I did. I don't want to say too much here except that I thought it was brilliant - a really gripping watch that kept me guessing. 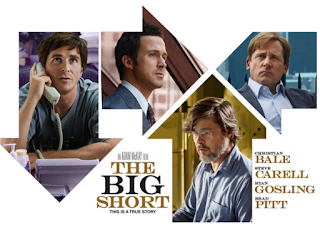 The Big Short was more fun than I expected. I suppose if you're making a movie about the financial crash, you need it to be accessible and understood - and the way they handled this was really playful. The film was also more than important than I'd anticipated - exploring the deceit and manipulation of the banks, and how this affected people especially those earning the least, and with the least insight. It was also interesting realising you're rooting for people who will be making money out of other people's losses and the guilt from that, realising there's no heroes in this situation - it was just one massive mess with some more knowing than others. 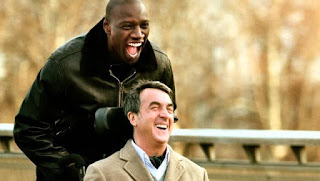 An older film I caught this month (and by older I mean not in the cinema) was The Untouchables - a French film telling the story of a man who rocks up at an interview only wanting a signature to prove he's been. To his surprise, he gets the job - caring for a wealthy quadriplegic man. It was a really heartwarming, funny watch. It refused to patronise either character (often the case) and it was a joy watching their friendship grow.


Any recommendations please do let me know in the comments or over on Twitter :)