I wrote about mental health - #TimeToTalk 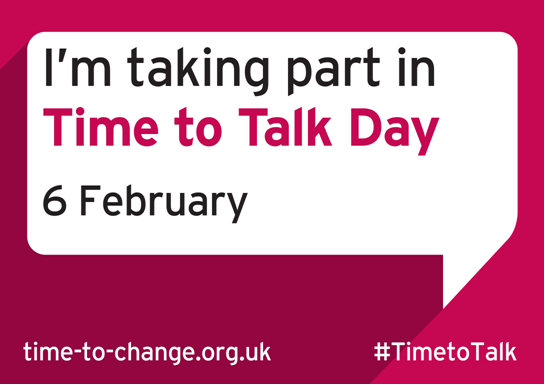 Starting a blogpost about confidence in talking about mental health by saying you're a little nervous to start this post, may seem a little odd. I've posted about the subject matter several times before, but it does still fill me with a bit of trepidation.

I considered not posting this. Do I really want to be the girl going on about mental health, again? Except that I do, for tonight anyway.

What makes me feel ok about, and want to, write this post - is the response I've had in the past when I've written about depression and anxiety.

The first time I really addressed these issues was in a kind-of-review of Ruby Wax's Losing It - a brilliant, autobiographical show about mental illness and stigma, which ended in a really positive audience discussion. Through that theatre review, I went on to talk about my own life a little - perhaps for the first time in this blog.

From that post I got thinking about my own experiences with depression. I felt the need to articulate what I'd been through so I put together a little post. I re-read it and edited lots then finally put it out into the world. I didn't think too much of it. This was the blogpost.

At that point (March 2012), I'd been writing for a little while and now and then things would get reposted but it didn't feel like people were really reading - which was a nice little safety net. Like how you can tell your secrets to a stranger.

Except that's not how the internet works. It's a public domain, and if someone likes something - they share it. That happened a lot, and it all kind of spiraled.

At first organically, then I became the annoying person asking for retweets. It was a little embarrassing but seeing the responses made it feel acceptable. From my horrible experience I was somehow able to help people - all from the comfort of my bedroom.

People said thank you - that I'd put their experience exactly into words. It felt good and validating for them. People said they were going to go to the doctors to get help, that I'd helped them realise they weren't well.

People also said that it was moving - that it had made them cry. That I was honest and so, so brave. I hadn't thought about it that way, and as the stats kept increasing I felt a little anxious about this part of myself I'd put into the world. Still, the positive comments and tweets put my mind at rest that this was fundamentally a good thing.

I was more worried by the reaction of people I actually knew, so I felt particularly nervous to post the article on Facebook - but I figured if it might help even one person it would be worth it.

The response was hugely positive and supportive. People "liked" it and messaged to say their experience had echoed mine. There was no negative feedback or odd looks, which I guess proved my point in writing it - people know you and it won't necessarily change their perspective of you.

Maybe it took some people by surprise, that they wouldn't expect me to have had depression - but that's a good thing too, in highlighting how anyone can suffer with this. Mental illness really doesn't discriminate.

Now, more than 23000 people have viewed that post. In the grand scheme of things maybe that's not much, but to me it's pretty huge. Still, even if only 23 people had read it but it had helped in some way - it'd be worth it.

Re-reading that post is so odd - during the time when I wasn't well, it was like another person. It stripped me of my personality and of any kind of hope.

I've changed a lot as a person since then. I used to worry all the time, and now I think I'm pretty laid back. I also now have confidence in myself, where that used to be difficult for me. Still, that's not to say I won't ever suffer again - though I so hope that I won't.

It's now been nearly three years that I've been suffering with a different kind of illness - a physical, chronic one: POTS. At my worst I was passing out everyday and lost my independence. Now, things are a lot better but I still have fatigue, pain and also blackouts every six weeks or so.

Obviously I'd rather not have POTS at all, and it's not to say that physical illness is easier than mental illness. Comparisons are always going to be ridiculous, and it really is a daily uphill struggle that takes a lot of fight to get through.

However, even when I've been in pain or exhausted from passing out - I still have my personality and my sense of humour. I can enjoy myself and indulge in escapism with films, theatre and good company. Depression robs you of that luxury, as you can no longer enjoy the things you once did. It takes away all motivation, for doing or being anything.

So if you have gone through this, or know someone that has - please know that even if you can't see it: that suffering is valid. It is a horrible experience, but you can get help. You're not alone.

That's why I'm glad of charities such as Time to Change and their Time to Talk campaign. Hopefully it will help to normalise speaking about mental health. You may feel nervous about it, but power through and I hope you will find support and validation. Then the talking will get easier.

It really frustrates me when people talk about doctors over-prescribing anti-depressants. I've never known a doctor flippantly give medication, and perhaps more likely is that people are realising they don't have to go through this, that help is there - and that can only be a good thing.


Related posts:
What is anxiety
My experience with the anti-depressant citalopram