On not passing out 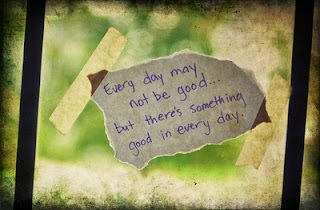 Although housemates and family got used to it - they still felt on alert, ready to spring into action, make sure I'm ok, do the first aid voice. Going home for Christmas they would hear a bang and think I'd hit the floor.

It was a normality of making and breaking plans - left disappointed by things I couldn't do, places I couldn't go and people I couldn't see. Making apologies and being told not to worry - but each time feeling equally gutted as I was losing touch with the world around me.

It was a normality of being in hospital more than being in any sort of social occasion. Most people my age were at the pub - I was surrounded by doctors and nurses. I felt like I was constantly unpeeling electrode stickers from countless ECGS and bits of cotton wool from endless blood tests.

It was a normality of feeling awful most of the time - of feeling wiped out, pale, exhausted and weak. Each time I stood up my heart would go, and often I would lose consciousness. I would have to sit up slowly, and stand up even slower - waiting a while so if I blacked out it would be back onto the sofa.

I'd see people stand up quickly and walk straight off - in real life and in performances, on television and in theatre - and it looked odd and implausible. The normal way of functioning became alien to me.

Now, I haven't passed out in 14 weeks. That doesn't sound that long - but it's the longest it's been since I got ill. It feels like forever. It still feels novel and new - and I'm getting back to what normality should be.

That's not to say I'm completely fine. I'm better than I was, but I still have symptoms - fatigue and pain, though they too are lessening. Nor am I "cured" - I take ten tablets a day to be able to function.

Through it all, I remained surprisingly calm. I had to find a way of not completely losing it - and for me that was carrying on as normal, and keeping a sense of humour.

There were a lot of tears and frustration, but I clung onto the good things in my life. Because I could do so little, I appreciated what I could do. That, and keeping in touch with good (often funny) people that loved me, got me through.

It was as if the small things wouldn't bother me - because there was this constant huge other problem, it just gave me a bit of perspective. It also gave me a sense of fight and determination that I'd probably lacked before.

In a contradictory way to that, it also knocked my confidence. I felt fragile. With the unpredictability of my condition, I couldn't use public transport or go out by myself. I also had to learn to accept and ask for help - which was one of the hardest things to deal with.

Now, I've got to get used to making plans again. You view plans so differently when you're chronically ill - what should be a nice weekend away causes you worry. You ration your fun the week before and the week after so you'll most likely be ok. You wonder is this pushing it too much, and sometimes you go ahead anyway even if you know it is. Sometimes it's worth it.

This week I did three freshers fayres with my theatre. It should have been four, but I felt awful on the last day and couldn't (and shouldn't) push through. I found it so frustrating. I had to remind myself that doing three consecutive fayres just a few months ago would have been near impossible, or if I had - I would have passed out.

I'm incredibly lucky to have supportive colleagues and friends, and feel so bad for people who's friends and family don't get it - thinking them lazy or dramatic.

Anyway, I guess the point is - it's a huge blessing getting back to relative "normality" - but now I need to adapt to that. I need to make more plans, and to explore Canterbury - where I've lived for 6 months now but still don't really know. Perhaps I'll get back to performing or directing in some way - who knows.

I also need to stay patient, because I'm symptomatic less - when it does happen, it'll feel more frustrating. I need to elimate the word "should" - thinking I "should" be able to do something isn't helpful nor true. Equally comparing myself to peers who don't suffer from chronic illness is a ridiculous thing to do and massively unhelpful.

Each day is unpredictable - I've got to appreciate the good and ride out the bad, just like I got used to doing. So I'm going to give that a go, and just hope and pray that this "living vertically" malarkey continues.