So next week on Wednesday I'm off to Edinburgh for a few days for the Fringe Festival. I'm a childish amount of excited about this.

I've been twice before and wanted to go so much last year but because of lack of both funds and health I couldn't. This year both of those factors are a bit better so the trip is happening.

I'm also excited as this time I'll be going with my Mum. It'll be lovely to spend a few days away with her, but also because she hasn't been in over 20 years - and as a comedy and theatre fan I know she's going to love it.

So I thought I'd do a little heads up of the shows I'm most excited about seeing - either because I know and love the company or just because I've been drawn in by what I've seen about the show online. Once I've been I'll hopefully get little blogs up about most of what we see.

Let me know if you've seen any of these or if you have any other recommendations for what to see, and also places to eat! (Really do. Comment here or tweet me @amyjanesmith)

Theatre Ad Infinitum are known for their critically acclaimed challenging but enjoyable productions. This cabaret infused and politically charged piece focuses on issues around Israel - with a semi-autobiographical perspective. Heavy material is dealt with sensitively but also playfully, with music, cross-gender performance and physical storytelling.

I'm also looking forward to seeing their last production Translunar Paradise in The Marlowe Studio (Canterbury) this November. I've heard nothing but incredible things about this show that seems to break everyone's heart without exception.

I didn't think I'd seen anything by this company before but turns out I saw them at my, and their, first Edinburgh Fringe back in 2008. Only discovered this when I went home unexpectedly for the weekend and found this old scrap of a brochure on my wall.

This highly visual style with storytelling through clever stage aesthetics and dance is stunning - it reminds me of a mix of Complicite and The Wooster Group. I'm clocking lots of gushing on Twitter which is always a good sign too.

Paper Birds' On The One Hand
@ Northern Stage at St Stephen's

I saw this company last year in The Marlowe Studio with their production of Thirsty which absolutely blew me away. This 10th anniversary production looks very different but sounds lovely - focusing on six women of varying ages and their relationship to the process of ageing.

Robert Softley's If These Spasms Could Speak
@ Pleasance Courtyard

In this solo performance, Robert explores the stories of disabled people and the relationship to their bodies, including his own. This just sounds like a really interesting, insightful and uplifting show. Especially since I became chronically ill a few years ago the subject matter has become one that is a lot closer to my heart - and I look forward to seeing it explored in this way.

Doug Segal: I Can Make You A Mentalist
@ Gilded Balloon Teviot 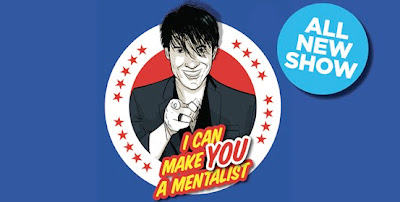 I've heard nothing but good things about Doug's comedy mind reading show since he was at Brighton the other year. It sounds like a really fun concept for a show and the reviews indicate that he makes it work wonderfully.

This Finnish production is adapted for the Edinburgh stage, and features an apparently incredible award-winning Scottish actor. The story focuses on an invisible child's perspective on his world which features loneliness and alcoholism. This sounds like one that may break my heart - though with the inclusion of black humour, hopefully not too much.