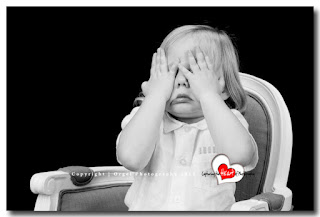 I used to be incredibly shy. Right up until recent years the thought of interacting with people I didn't know or feel comfortable with would cause me anxiety. It would take me a long while to warm up to and trust people enough to finally be myself but once I reached that point there'd be no shutting me up - a characteristic shared by my Mum amongst other family members. Once I was good friends with people I might mention my shyness and  they would laugh as if me having this personality trait was preposterous. When I reminded them of when I first met them and I was basically mute it'd always prompt a weird realisation - how could I ever have been that quiet?

I changed schools to go to a new sixth form and then went to university and with each of these transitions I told myself - just be yourself from the beginning. People liked me once I opened up and was myself so it felt like a lot of wasted time when I had to take so long to build up to that level of comfort. Also I found my shyness made me feel awkward but also on edge - I felt so uncomfortable. Yet whenever I willed myself to let go and just be myself  it never worked. I would have these intentions and visions of my future in these new places where shyness wouldn't feature. Then I would enter into this social situation and I just couldn't speak. It was all very frustrating to say the least.

I found the transition to university life particularly difficult - not knowing anyone and suddenly spending all of your time with strangers was a bizarre concept and one I found difficult to acclimatise to. I liked the people I was in halls with and I wished I could talk to them, but there was something stopping me. We all used to sit in the kitchen for hours on end chatting, well I say all - I of course was silent as ever. Sometimes the conversation would shift to something I had a particular interest in and I had something to say, it was on the tip of my tongue and yet I stopped myself. It was as if bringing myself into the conversation would bring attention to me and leave me too exposed. What I thought was going to happen I don't know but there was this barrier in place for the first few weeks, though that period of time seemed much longer.

I remember talking on the phone to a friend from home saying how I was bored because I felt isolated (self-inflicted, I know) and also that I must seem so boring: this silent girl that sits there but isn't really there. He reminded me that I went through the same process at sixth form and I got through it and would again - and he laughed off the idea that I was boring. I did of course settle into university, making amazing friends along the way and becoming "myself" within a couple of weeks.

It striked me a few months ago that I no longer go through this process. The awkward silence upon first meeting new people was gone - I was just "myself". Obviously I would become more comfortable with people as time went on as with anyone else, but without this frustrating period of initial shyness. This was a relief to realise and also quite bizarre - I'd gotten over this crippling shyness without even knowing it, and so I started thinking about when and how this happened.

The time period I can pin this transition down to is when I was in the middle of my second episode of depression - a seemingly weird time to get all comfortable and chatty, I know. Just prior to this I'd gone back to university after intermitting for a year after my first episode of depression. I hadn't got on well with the peer group of my first year at university in class and never really broke through my shyness with them. Going back to university I thought that I was just going back to get my degree and wasn't too worried about the people that'd be there. I had an incredible group of friends from work and without wanting to be rude - I wasn't worried about making more. I also had a renewed sense of enthusiasm for my university work after spending nine months working in retail for forty hours a week. I wanted to focus on my work and so this freed up some of my nervous energies that used to be so directed on potential social difficulties. Then I found myself in the most warm and down-to-earth year group and very quickly I made friends. Where I had felt intimidated by my peers the year before, for reasons of academia and class as well as probably all sorts of silly reasons, with this group I felt welcomed and safe. The nature of studying drama means you all work together on performances and projects and so very quickly I got to know the people on my course. This was a much welcomed confidence boost - I was still not very talkative and wouldn't dare talk to people I hadn't been in class with but at least I wasn't crippled by shyness in the way I used to be.

Six weeks into that first term I was hit by depression again. I had applied for a promotion at work to a supervisor role and when I went to talk to my manager about how I was struggling he told me I'd been successful on the assessment day. I knew I was capable professionally - I had learned as much as I could so I could progress and I was ready. However I didn't know whether I'd be up to it personally - at a time where I could barely get out of bed how was I supposed to run a convenience store and manage a team of staff?

Still, I didn't want to turn the position down and so I took the job - meaning I had to move to a new store where I didn't know anyone. With convenience retail stores the team leaders will run the whole shop by themselves in the evenings and on my first night this was the case. I'd seen previous supervisors who'd struggled and flailed - not instilling confidence or respect in their team but worry and I didn't want to emulate that. I had to introduce myself to all of the staff - I wasn't just one of the team but I was managing them. I wanted to make them feel comfortable and in so doing I was comfortable in myself - when you focus outwards with attention on how other people are, you seem to forget yourself and your little worries. I also had to run the shop and go through all the practical processes that required, myself and through delegating. Through working with and leading the team I didn't seem to have any time for this shyness malarkey, which was a relief after nervously anticipating this transition.

In this instance I was forced to abandon my shyness because my job description required it. I've always loved performing and some of these qualities transferred across but rather than acting a role I was acting me as a supervisor. This then transferred into other areas of my life. I'd never been comfortable simply introducing myself to someone I didn't know and yet at work I'd had to. At university heading to class one day (about a year later) I was walking upstairs with a girl who I knew was on my course but I hadn't met before - I introduced myself and asked her name. She turned out to be one of my closest friends in the year group and I was so glad I'd bit the bullet and just asked that simple question, because one question leads to another and before you know it you're having a conversation and then suddenly (well, after a while) - you're friends. Pretty simple stuff but when you're shy it all seems so painfully impossible.

Looking back on that encounter made me really proud of myself. I think as a nation we're awkward about singing our own praises and acknowledging any strengths but I really did take some happiness from that little interaction. Without at the time knowing how I had progressed so much, I knew I had and that was exciting. I think it's important to be aware of this kind of stuff. We get so hung up on the big achievements in our professional, academic or creative lives that we neglect to notice any kind of achievement stemming from personal development. I really do think that overcoming shyness has been one of my biggest achievements - it's certainly impacted my happiness more than any other, and made my life a hell of a lot easier. No one's going to give you a certificate or promotion for this kind of achievement but it's nice, and important, just to reflect on it for yourself.

I wish I could give some kind of advice to people that suffer from shyness or social anxiety. One thing I'd like to say here is that not everyone who is quiet is shy - you can be introverted and perfectly happy, I think it's more about how you feel about your quietness. Anyway the way I overcame my shyness was just me responding to and growing with the demands that life threw at me so to give advice seems unfounded - I just hope my experience can give you some grasp of the fact that it can be overcome.

One thing that did help was reading Susan Jeffers' 'Feel The Fear & Do It Anyway' - a book that helped me get rid of those inhibitions that tied me to silence and move towards a comfortability with social interactions. The message of the book is basically that people who are confident or go-getters in life are not this way because they have no fear but because they have this fear yet they ride it out and progress because of it: life's quite scary but that's ok basically. Obviously read the book for a much better learning experience than that crude summary but you get the gist of  it!

Once you start to realise that most people are on your side and also too busy fighting their own battles to give you much grief the whole social interaction thing gets a lot easier. If you look back on past experience I doubt when you have dared to speak up in a discussion everyone has turned against you and chased you out of the room with pitchforks - I really hope not anyway. It's hard but taking it one comment or question a time you will eventually find that things do get easier and before you know it you'll be talking without thinking - though that has its own dangers of course. Plus your friends are your friends for a reason: you have so many wonderful qualities that people will warm to but only if you let them, so why not give it a go? :)